Paid internships with a professional translator

When fledgling translators graduate from translation MA courses, they have some but not all of the skills they need to become professional translators.

A period as a paid intern with a professional translator helps them gain experience in a particular specialist field, get used to a higher output and learn how to put everything they have learned in the classroom into practice.

Here are some testimonials from translators who completed internships with Juliet:

I work as a digital content editor at the European Central Bank in Frankfurt, Germany. I’ve worked at the ECB since 2009 on and off. I started as a translator/editor after working as a trainee at the European Parliament in Luxembourg.

But before any of this I worked for Juliet Haydock as a trainee for the summer following my MA in Translation and Interpreting at Westminster Uni – in 2008. I had just finished learning how to translate from Italian into English and then suddenly I was actually doing it, translating real jobs for Juliet on topics like car manufacturing or website translation.

It was a thrilling three months and Juliet was a fantastic mentor. She taught me so much about not only translation but also about how to approach life. We remain friends to this day although unfortunately we rarely see each other given our locations! Since that summer Juliet has supported me enormously with references – in the beginning this was really important as it was the only experience I had. She has also been kind enough to provide me with ongoing moral support and with other references, such as a character reference for house sitting.

When I worked with Juliet I used to walk her dog Cassie in my lunch break and felt like part of the family. I remember eating porridge with one of her sons one morning, and Juliet listening to me talking about my latest drama. Juliet is a fun, open-minded person who thinks positively, she’s always having new ideas and is also very pragmatic. Over the years I’ve caught up with Juliet at events she has been involved in, such as the Dolce Vita show in London, and will continue to do so when we both can!

I met Juliet Haydock in 2004 in a small Italian village and soon afterwards she became my translation mentor. She immediately provided me with guidance on a variety of topics ranging from possible translation courses for me to pursue, associations I could join to literature. We have many similarities in common including a Bachelor’s in Biology, which was very helpful throughout my internship as we spoke the same languages of Italian, English and science!

I became an intern for Juliet around 2009 and shortly afterwards began the MA programme at the University of Bristol. My internship consisted of a very broad range of jobs, each of which taught me a different vital aspect of the translation trade and industry. I proofread her translations, which were primarily medical, scientific and regulatory affairs materials.

Juliet offered me constant information regarding techniques, research tools and guidelines. She also provided me with a vast amount of information on the industry itself including aspects such as client prospecting and relationships as well as proper translator etiquette! I began translating for Juliet as well and she always provided me with feedback on each project that I could learn from. She was always more than available to help whether it be answering technical questions or guiding me on my career path. She always provided me with prompt and thorough responses and I can honestly say that Juliet remains to this day as the best mentor I have ever had.

I completed my MA and began translating for agencies quite quickly. She also facilitated my transition to a freelance translator by providing me with references and client leads. The preparation she provided me with and the tools which allowed me to grow on my own made me more than an ideal candidate with a solid background. As I started to fly from the nest Juliet was always responsive and helpful to my many queries which would pop up along the way regarding everything from my career to style details. Ten years later and I still turn to Juliet for advice, and sure enough she is always willing to help!

I am currently a freelance Italian into English translator and have translated literally millions of words of scientific subject matter. I have honed in on my niche of regulatory affairs materials, something I worked on extensively with Juliet as an intern. My career is very lucrative and I have established my own translation business that caters to translation agencies for scientific translations. I learned an infinite amount from Juliet which I apply on a daily basis to run my career as a scientific translator. I recently accepted an offer as a permalancer for an international translation company and I specialise in regulatory affairs materials for them. I love my job and am so thankful to Juliet for everything she has done and continues to do for me!

Juliet and I met when I was a student in one of her MA classes and it was thanks to her that I was able to start work as a freelance translator: she offered me some proofreading work which I gladly accepted and, 11 years later, I still do frequent jobs for her. I visited Juliet’s office a couple of times after completing my MA in 2006 and spent time working alongside her, which was a great opportunity to see what real-world translation as a business was really like, particularly in comparison with an academic context; for example, working under much greater time pressure and with larger volumes of work as well as starting to develop a particular interest in certain subject areas. 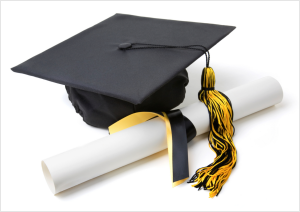 Starting off as a freelancer is notoriously difficult but having done some work for Juliet gave me more confidence, not to mention real-world experience to put on my CV and mention when approaching potential clients. In addition, she has always been very generous about answering my questions on various aspects of translation and providing me with countless references for clients. Over the last few years, Juliet has become a friend and has taught me most of what I know about translating!

So that she can work from a perfect source file in Microsoft Word, Juliet outsources PDF conversion to DTP experts.

Juliet is particularly well-qualified and experienced in three fields:

Graduates from translation MA courses can benefit from paid internships with a professional translator.

She mentors novice translators and regularly meets fellow translators on-line, at conferences and at events organised by EU institutions and professional bodies.

A guide to Italy’s west-central region

Juliet spends a third of the year in Lazio and has started a website on the area’s lesser known delights: hiddenlazio.com.