After gaining a biology degree from York University and working for a spell as a medical laboratory scientific officer for the health service, Juliet Haydock decided to follow her heart and go to Italy 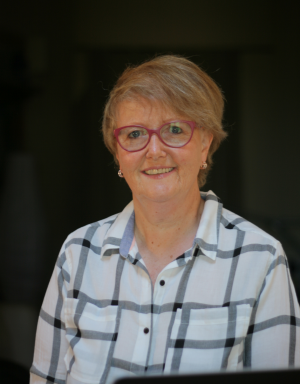 Juliet learnt Italian during a three-year spell in Rome working as an abstractor and indexer at the Fisheries library of the Food and Agricultural Organization of the UN in Rome and as an EFL teacher.

She then moved to Turin, Italy’s automotive capital and spent four years as an in-house translator to gain a solid grounding in automotive and railway engineering as well as medical translation while learning Spanish as an extra working language.

Having decided that translating was definitely the career she wanted to pursue, she sat and passed the Institute of Linguists Translators’ Final Exam in Turin to join what was then Translators’ Guild.

With the backing of a professional organisation and plenty of persistence, Juliet soon embarked on a successful freelance career in the UK. She made full use of the skills she had learned in Turin to work for a variety of Italian and Spanish automotive clients and agencies while also continuing to pursue her medical and pharmaceutical specialism, laying the foundations for a career that has now spanned more than 30 years.

Juliet also found time to take a part-time second BA degree in English literature and History of Ideas at Kingston University, graduating in 1996.

This academic sideline indirectly led to Juliet offering paid internships to several students and the start of a mutually profitable and enjoyable relationship with less-experienced colleagues.

Juliet is now a Fellow of the ITI and co-ordinated its Italian Network on a voluntary basis for over 20 years. She is a member of the Chartered Institute of Linguists (CIOL) (she also has Chartered Linguist status), a member of the Translators Association (TA) of the Society of Authors and a member of the Lazio branch of Associazione Italiana Traduttori e Interpreti (AITI).

In 2015, Juliet moved to Cardiff, Wales and joined a vibrant, cohesive and very active translation community. Cardiff translators regularly meet to co-work and this has led to Juliet’s latest venture: co-working retreats based at her two houses near Rome.